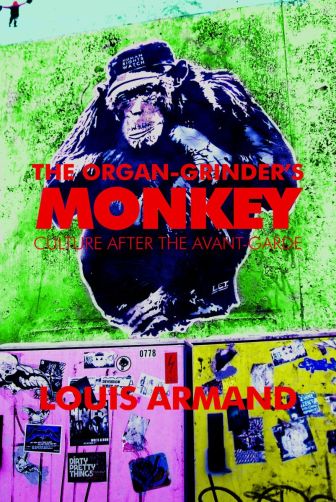 “Armand is unafraid to ask the most basic questions, to go beyond the zone in which most cultural discussions operate in order to ask what underlies our capacity for thought, for imaging, for communication. Time and again he takes his reader to the edge of what is thinkable, subjecting familiar concepts to stringent analysis and casting an original light on old debates.” Derek Attridge

“All of reality, from immediate perception to the most abstract train of thought, appears to modern man as a vast, complex, organised realm of signs.” Thus wrote, in a statement published in 1935, the founders of Prague Structuralism – Jakobson, Mathesius, Trnka – reprising a theme already set down a decade earlier by Karel Teige in his Poetist Manifesto, linking the world of signs, of inter-implied dynamic structures, to a general poetics – the understanding that all systems, all discourses, “natural,” “cultural,” “technological” are in some generalised sense homologous, or at least fluidly concordant, linked by a common poetic function as “a corollary of these physical and psychotechnical facts” (Teige). If this was the state of the art in 1924, what remains, today, for us, here, now, of a poetics?

The impetus in the thinking of Teige and those who followed in his footsteps – Buckminster Fuller, Vannevar Bush, Charles Olson, Marshall McLuhan, Ted Nelson, et al. – was not so much a modernism, as the self-evident, transverse collocation of all modes of human activity and the poetics defining it. A world view emerged that was tropological. Of course, it had its “antecedent processions,” as Olson wrote, like everything else. But this poetics was bound to a broad conception of possibility, not so much of the “new” per se, whatever that might be, but of emergent relations – paradigm shifts, perturbations and discontinuities within a seeming continuous process: punctual evolution on a magnified scale. A different logic was required, or at least a different set of attitudes, to make sense of it, to maximise the generative potential of ideas in broadest constellation. In other words, of a poetics.

Here an important paradox arises, for this seeming holistic view has always remained a marginal one, even (perhaps especially) in the age of the Digital Revolution, increasingly normalised since the advent of the World Wide Web into a highly stratified commodity system, traded on the antithetical libertarian fantasy of the avant-consumer. Its art, like its myriad sales points, a museum of hyper-obsolescent gadgets.

What Kathleen Fraser called “the tradition of marginality,” like Harold Rosenberg’s “tradition of the new,” might easily be the sentimental advert of a Paradise Lost, like the closing sequence of Terry Gilliam’s Brazil. Disposed of its revolutionary aspirations, which remain the sole purview of marketing execs, the concept of the marginal belongs elsewhere, to that fringe of anti-concepts at work against the pull of domestication, the suburban guerrilla concept for a new millennium, feeding indeterminacy into a system that riffs for kicks on the aesthetic pleasures of the indeterminate, but assiduously avoids exposure to it: psycho chic.

With the replacement of the Social Contract by the Free Market and his-and-hers matching Fukuyama, the marginal resuscitates as that zone of desperations that need not elect violence to be constituted by it, whose only amelioration in view of the global commodity matrix is the bestowal of things, like trinkets in return for Indian territories. It’s the fate of each avant-garde after waging war in defence of itself and in aggression against stupidity, to succumb to the final argument that, after all, everything they’ve stood for is worthless until a price can be put on it. Sales have never been better.

It’s essential to believe in a contrary condition, unbounded by the rationale of temporal artefacts (What doesn’t change is the will to change), of spectacularism, or of the pluralistic narcissism that merely transforms innovation into the mirror of auto-consumption for the mass mind in all its valences. “There are values,” Rosenberg writes, “by which the new can be appreciated, but they are not, in the first instance, aesthetic values.” The invention of values cognisant of the “new” is the invention of nothing less than a new mode of cognition – transverse, constellational – a “projective” mind-ecology capable of resisting the deathstar tractor beam of its own necro-institutionalisation. A precarious business.

It has never been a question of casting back to “old innovations” for a model of what the “new” could be – the monotonous cadence (Blake) of neo-avant-gardes caught in the spiral of aesthetic entropy, the nostalgia for the “revolutionary moment,” year-zero conspirators of Tabula Rasa Inc. Rather, the refusal of paradigms, the maintained temper of an open investigation, an experiment in de-institutionalising thought across the generalised margin. Or finally, the refusal to join the ranks of laudatory monkeys.